Our team is a group of very capable, motivated people… 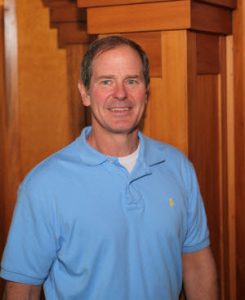 I have lived in Frankfort since I was about 5 years old. I am a graduate of Franklin County High School, and hold a Bachelor of Music degree from Indiana University, specifically in Jazz Performance. Right after college, I traveled a short time with the Glenn Miller Orchestra, then played trumpet in orchestras with several cruise lines in Hawaii and the Caribbean. On my last ship, the Carnival Mardis Gras, I met Jana, who has been my wife for nearly 30 years. She made me get a real job, so that is why I am here!

My father, Jim Sturm, was a district manager for Metropolitan Life in Nashville, New York, Memphis and New Orleans before being assigned to Frankfort. In the early 70s, dad left MetLife to start an independent life insurance agency. He had just ventured into property & casualty insurance when I was in need of a new career. I gladly accepted the task and went through a two year training program with Aetna. Thirty-two short years later I am still here!

Over the years I have been on boards of a number of non-profits, and have held similar positions at our church. I am an avid racquetball player and golfer. I’m better at racquetball than golf, though. Jana & I love to travel, which usually is to a place with an ocean nearby so that I can scuba dive and/or snorkel. If I could do anything other than what I am doing now, it would involve diving or oceanography. To me, there’s nothing more majestic than a beautiful coral reef teeming with turtles, rays, fish and beautifully colored corals. I’m a fan of Indiana AND Kentucky basketball and football, and thanks to my daughter Amy have become a big Crimson Tide fan as well.

I am a graduate of Franklin County High School and attended Western Kentucky University and Kentucky State University, with a concentration of studies in Business Management and Economics. I began my insurance career in 1988 in the Kentucky Farm Bureau training program. I bring 29 years (but I’m only 21, so how is that possible?) of sales experience to the agency. I enjoy cruising the Kentucky River with my wife, Candi, in our pontoon boat, following University of Kentucky sports and spending time with family and friends. 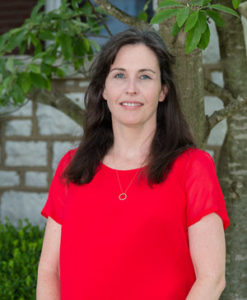 In March of 2018 I had the pleasure of joining Sturm Insurance as a Commercial Lines Customer Service Representative.  I bring with me 13 years of experience in the insurance industry. I strive to make my customers insurance experience as easy as possible by building a relationship with them, and being able to provide the best coverage and answers for their questions.  I moved to Frankfort in 2011 after I met my husband Jeff and have enjoyed getting to know this wonderful community.  I am a mom to a wonderful step-daughter Whitley and a rambunctious son Connor. In my spare time I enjoy reading, cooking, gardening, hiking and of course building forts!

I graduated in 2008 from Franklin County High School and from The University of Alabama in 2012 with a degree in Marketing. After the FBI raided and shut down my first out-of-college job (so serious!), I packed up my stuff, moved home, and began my career at Sturm Insurance. Soon after moving home, a flame rekindled with my middle school crush, Paul Chambers. Fast forward to 2015 when we welcomed our perfect daughter, Hailey, into the world. She looks just like her daddy and has her mama’s bubbly personality. After telling my mother at only 11 years old, I was going to marry Paul, we FINALLY got married in June 2016! When I’m not playing with dolls and building forts, I enjoy watching Alabama and UK (the latter is hard to admit!) football, cooking and spending time with my family and friends. 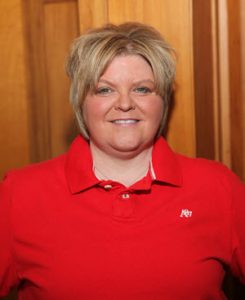 I joined Sturm Insurance Agency in August of 2008. With more than 20 years of experience in the industry, I am a Personal Lines Customer Service Representative and a licensed agent in property, casualty, life and health insurance. I specialize in providing excellent customer service, including reviewing existing policies, minimizing gaps in coverage, answering billing questions and putting clients’ minds at ease. My favorite part of the job is getting to know the customers and their families.  In my spare time I enjoy reading, fishing, boating and spending family time with my husband, Tim, and our son, Eric. 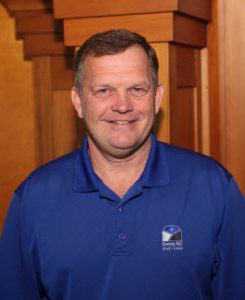 I’m born and raised in Louisville, Kentucky, graduated from Bishop David HS (now Holy Cross), and attended both Murray State and the University of Louisville. My bride of nearly 40 years graduated from UK, as did our two children. We’re proud of our kids and their spouses. AND – we became grandparents (I’m “Pops”) in 2019! I began my insurance career in 1980, and have enjoyed helping others with their insurance questions and needs. I have several industry designations and continue my education every year. I met David Sturm as we were the first agents in Aetna’s program way back in 1984. I enjoy volunteering – have done so for Special Olympics, St. Vincent DePaul, church programs, and Norton’s Bike to Beat Cancer – Pit Stop 3 captain 10 years and rolling! I love family time – hiking, walking, lasso’ing trees, yard work and gardening. The grandparent thing is exciting! I still believe my ‘dad’ jokes are funny. 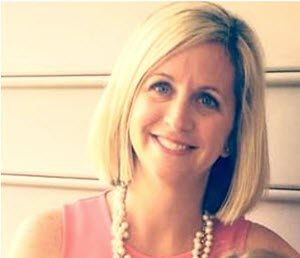 I graduated from the University of Kentucky in 2003 with a degree in Agricultural Communications. I received my insurance license and worked as a customer service representative at a large insurance agency in Lexington while attending UK. After graduation, I joined Sturm Insurance, working in personal and commercial lines customer service for five years. In 2008, I moved back to my hometown of Somerset in Pulaski County, Kentucky and began selling and servicing for Sturm in that area.

In 2002, I married Michael. We have three children: Madeline (11), Claire Beth (9) and Brooks (1). When I am not working, all of my time is spent with my family, running my daughters to their various activities and traveling as much as time will allow. My family is also deeply invested in a local backpack ministry, Project 58:10, which feeds approximately 800 kids weekly. We are part of one of five local churches that pick up groceries and pack bags of food every week for delivery to every public school in our county, to ensure that insecure children have food over the weekend. 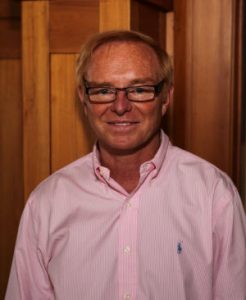 I was born and raised in Monticello, Kentucky and graduated from Monticello High School. I received a Bachelor’s Degree in business administration from Eastern Kentucky University and a Master’s Degree in Public Affairs. I’ve had the privilege of serving as an officer and member of boards such as YUMC, Red Cross and the Frankfort Area Children’s Council. My hobbies include racquetball, golf and about anything else my body will allow. My passion is training service and shelter dogs. I’m hoping my next endeavor will be working in collaboration with the prison system assisting inmates with training service and/or shelter dogs. 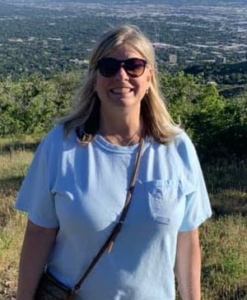 I am a graduate of Eastern Kentucky University with both a Bachelor’s and Master’s Degree in English Education. Before coming to Sturm Insurance, I spent many years serving as an English teacher at Franklin County High School before retiring in spring of 2019. While at FCHS, I had many roles, but one of my favorites was coaching the Academic Team! I love trivia and Jeopardy!

I have two lovely daughters, Malory and Peyton, whom I adore, and two spoiled poodles to keep me busy. In my spare time, I also enjoy reading, watching movies and my favorite shows, boating, traveling, and hanging out with my family. 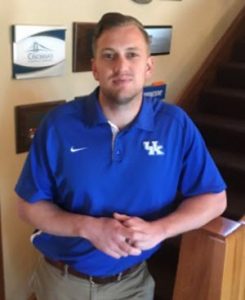 I am a 2006 Graduate of Franklin County High School, where I was a four-year member of the football team. I received a bachelor’s degree from Eastern Kentucky University, majoring in sport management and minoring in business administration. I also received a master’s degree in sport management from Western Kentucky University in 2013. Somewhere along the line, my path diverted from sports and led me to the Kentucky Department of Revenue and eventually to Sturm Insurance Agency. I typically spend my free time watching football, basketball and soccer, hanging out with my three brothers, grilling, and working out/doing Crossfit. 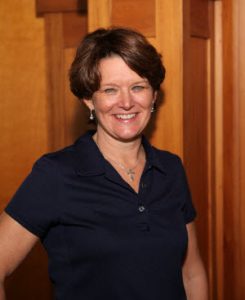 I’m originally from LaRue County, Kentucky, growing up in the ultra-small town of Buffalo–population 250! I graduated from the University of Kentucky and attended Asbury Theological Seminary. I met my husband, David while I was traveling on a Caribbean cruise with my Alpha Gamma Delta sorority sisters! How crazy is that?! We have been married for over 30 years and have two married children, Amy and Ryan. We have three adorable grandchildren, Hailey, Reese and Truett. We also have two dogs, Button and Zipper, who on most days are visiting the office! I am very active in my church, where I teach Sunday School and serve on the Wesley Center Day School and worship committees. I also am on the board of the Franklin County Community Fund. We love to travel but my favorite place to be is home with my family! We’re big UK fans, but since my nephew is the women’s basketball coach at New Mexico you’ll hear me yelling ‘Go Lobos’ too! 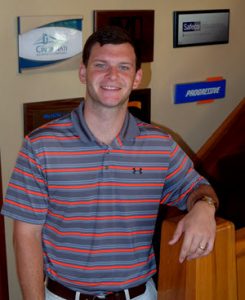 I am a 2012 graduate of Franklin County High School and a 2016 graduate of Transylvania University with a degree in Business Management. Most
importantly, I was voted Mr. 5th Grade at Hearn Elementary when I was in, you guessed it, 5th Grade. I married my out-of-my-league, piping hot, high
school sweetheart right out of college and we now have a little boy named Truett and a very fluffy Sheepadoodle named Posey. Apart from the insurance
world and my family, I’m an active member at Buck Run Baptist Church where my wife and I lead and host a small group every week. Additionally, I’m the
Boys JV Soccer Coach and Varsity Assistant Coach at FCHS, alongside my father-in-law. I’m a big fan of good theology, working out, pick-up
basketball, watching UK sports, and coffee. That’s just about everything that my life has to entail– it ain’t much, but I sure love it.

I became a Sturm when my big sis, Amy, found me on online. My Mom, Jana, said “absolutely not,” but that didn’t stop my Dad, David, from traveling to Hamilton, Ohio to pick me up. Don’t worry, my  Mom loves me now! I love to greet our clients at the front door, steal Hailey’s toys and jump really, really high! I’m scared of climbing down stairs, so if I don’t greet you, I’m probably upstairs hanging out with ol’ Dad.